You Mean I Can Sleep to be More Productive?

This post may contain affiliate links, so if you click on them I may get a small commission. But don’t worry, I don’t promote anything I haven’t tried and 100% support!

Let’s be real. Who doesn’t love sleep? It’s one of those things we have a full circle love-hate relationship with over the years. Remember kindergarten? I hated naps! I didn’t want to have to lay down and force myself to close my eyes for a whole hour! Then you become a teenager and it’s socially accepted that your part-time job is sleeping. Annnnnd then the moment arrives when you realize you’re actually an adult. Now you want to take naps. You want to sleep. But at the most inappropriate and impossible times. Err…mid afternoon slump anyone? Well, I am here to give you permission….NO….I hereby DEMAND that you allow yourself the badassery that is the nap and improve your productivity TODAY!

I promise I would not make something like this up! Google it! It’s a real thing!

It’s the best excuse you’re ever gonna get to give your boss to let you have a couple of snoozes throughout the day.

Ok so it’s not an “official” holiday…🙄 but it is a thing!

Napping Day was the brainchild of Dr. William Anthony, a former Boston University researcher. It’s always the day after Daylight Savings because according to Dr. Anthony, it’s the day of the year where people are feeling the most sleep deprivation.

Heck yeah! Gimme my hour back!

Napping is hands down one of the quickest and easiest ways to recharge your body and mind, and ultimately improve your productivity in so many ways.

Imagine giving yourself a chance to hit the reset button in the middle of the day. Plus, it’s been proven to improve your memory! And um, let’s just say with every year that ticks by I could use a little more and more help in the memory department.

Sure, coffee can send some extra zing to your neurons by way of caffeine, and we can’t forget the yummy goodness that is a white chocolate caramel macchiato, but that does nothing for your memory function. So you may be wide-eyed and bushy-tailed, but typing O instead of 0 or adding an extra zero to that client invoice.

Ok, I know what many of you are going to say (I have also been one of those people)…

“Napping just makes me angry…I wake up feeling all groggy.”

Ugh. I can sooooo relate to this. The trick is, you gotta do it right.

I know, I know…even naps can be done incorrectly. It’s a cruel, cruel world.

But a quick nap, like 20 minutes or less, avoids the deeper stage of sleep that leaves you feeling worse than you did before.

Exhibit A of Why Naps are Awesome

No reason. I can’t even make it sound like it was for a good cause.

You’d think I would be washed up, pooped out, crashed in my jammies with American Idol sadly blaring in the background.

I’m here jammin’ out this blog post in honor of National Napping Day!

I started suffering from migraines a few months ago, likely inherited from my grandmother who gave them to my mom…so ya know…thanks Ma! #migrainessuck

Anyway, I went in for an MRI today just so they can get the warm and fuzzy that there aren’t any underlying issues causing those bad boys.

AND IT WAS GLORIOUS!

Y’all! Thirty minutes of perfect, blissful stillness with nothing but me and my exhausted little brain and some white noise from the big machine.

Sure it’s a little loud, but I got earplugs and noise-canceling headphones!

I took a BOSS nap and I feel fantabulous and ready to take on the world!

So to celebrate National Napping Day and what could arguably be the most epic nap of my life, let’s get into how great these little power naps can be to improve your productivity.

Thomas Edison himself was a serial napper. According to the history books and accounts from Edison’s journals, he slept an average of only 4-5 hours a night and still managed to crank out 18-20 hour workdays and revolutionize our history. How?

Edison had cots scattered all over his common workplaces and could frequently be found taking little siestas here and there.

Guys, this is how genius Edison was…

So without boring you with too much of the geeky psych details, the key to the power nap is the sleep cycle. You only want to get to a certain point, we’ll say in layman’s terms a very shallow point, in the sleep cycle. This is what keeps you from having that irritatingly groggy feeling when you wake up.

Being the badass power-napper that he was, Edison had a failsafe for ensuring that he never fell into too deep of a sleep during one of his recharge sessions.

Holding a ball bearing in each hand as he slumped in his nap platform of choice, he would allow his arms to hang down at his sides. As soon as his body slipped into the perfect state of unconsciousness to drop the ball bearings, they would slip from his hands and hit the floor, causing a loud noise that would immediately wake him.

How freaking COOL is that!? (It’s called the hypnagogic nap if you want the techy term)

No one can deny the contributions to the world as we know it blessed upon us by the compelling and eclectic Albert Einstein.

The big difference between Einstein and Edison is that Einstein also insisted on getting about 10 hours of sleep per night in conjunction with his daily power naps.

Funny how different people have different needs to fire on all cylinders!

If you’re interested in learning more about the psychology behind sleep I highly recommend this book by Dr. James B. Maas, Power Sleep: The Revolutionary Program That Prepares Your Mind for Peak Performance. As a pioneer in sleep research for Cornell University, this guy really knows his stuff!

How Does Sleeping Improve Your Productivity?

Everyone knows that sleep is good for #allthethings right? I mean, sleep is awesome!

But what makes naps so special?

Let’s talk science for a minute. I’m gonna ask you a question, and you have to answer it honestly….how many hours of sleep are you getting every night?

Uhhhh huh. That’s what I thought. If you’re not getting 7-9 hours of sleep at night you’re already sleep-deprived. Did you know that after 24 hours of no sleep your reaction time slows down so much that it’s almost the equivalent of a blood-alcohol level of .10!!!

We’re all still like toddlers when it comes to sleep. Ever had to deal with a three-year-old who missed their nap?

Taking a nap improves our ability to solve problems, curbs impatience and anxiety, and overall promotes a better mood.

You don’t wanna be like sister over there do ya? Yeah, no one else wants to put up with that crap either.

If done properly, napping allows you to get into just a deep enough sleep to regain your concentration and kick your tail back into high gear.

Naps can also improve your productivity by increasing your ability to remember information. Got something you want to learn and retain? Spend some time focusing on it right before you nap. Your magical little brain will subconsciously store that information. Pretty neat, huh?

Looking for more of a creativity boost than a recharge? The hypnagogic naps we talked about are much, much shorter in length and are said to facilitate creativity and problem solving as our brains enter that in-between state where we lose our ability to focus on any one thing and instead begin to wander.

How To Squeeze in Those Snoozes

Ok, so we talked about the why you didn’t think I was gonna leave you hangin’ without the how did ya?

Trust me, I’ve been one of those people that absolutely hated naps! You might think that they are just not for you,  but science doesn’t lie, yo! Taking naps can do some serious things to improve your productivity, memory, and creativity among loads of other benefits.

The key is to keep the nap short and give your mind and body the chance to adapt.

And did I mention it was National Napping Day?

I mean, don’t we have some sort of obligation or something?

And in case you need any extra motivation, I’ve got the most adorable, nap-worthy wallpapers you can download absolutely free!

Yup, these adorable little eyes are just waiting for you.

Look at that face.

Who can resist that?

Much love and happy naps!

That handsome feller is my partner in crime of almost 15 years now, Garrett. His sacrifice makes these shenanigans possible! 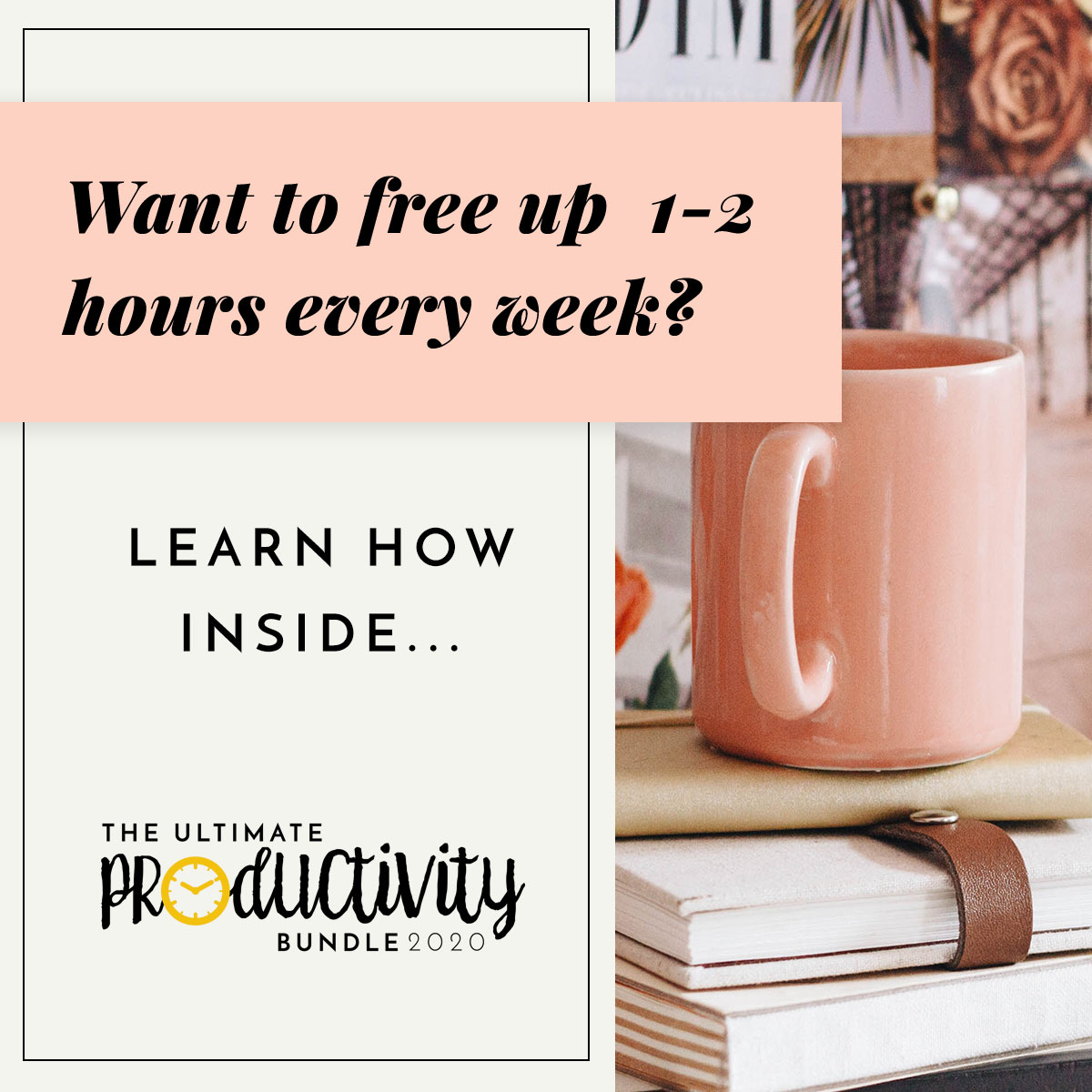 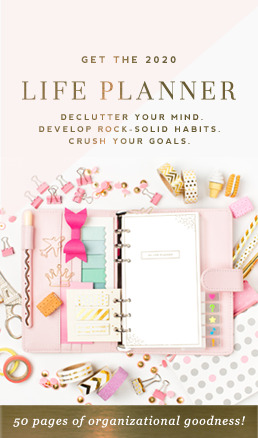 Be authentic. Be confident. Be unapologetic. Be a

With the arrival of Spring (although we're a littl

One question I'm asked all the time is "How do you

Did you do it yet? File your taxes?⁣ ⁣ I’m t

This error message is only visible to WordPress admins

Copyright © 2021 Be Productively
Theme by 17th Avenue
We use cookies to ensure that we give you the best experience on our website. If you continue to use this site we will assume that you are happy with it.OkNoPrivacy policy